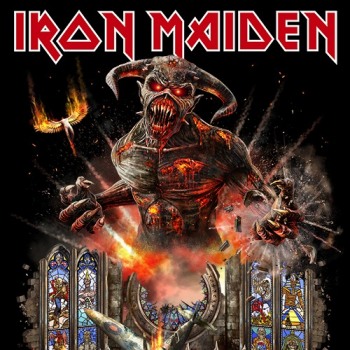 Sao Paulo and Porto Alegre soccer stadium shows will follow sold out Rock In Rio appearance. Get ready to see Maiden deliver their biggest ever production in two of the biggest stadiums in the country.

IRON MAIDEN will play at the Morumbi Stadium, Sao Paulo on October 6th and will also be making a return visit to Porto Alegre, where they last played in 2008, to the Gremio Stadium on October 9th with the Legacy Of The Beast Tour.

These dates follow their headline show at Rock In Rio on October 4th when 90,000 tickets sold out in less than two hours. This marks the final tour announcement for Maiden concerts in 2019 with the 2019 Legacy Of The Beast Tour covering 44 shows in six countries across North, South and Central America. Maiden’s longstanding and mutually passionate relationship with their Brazilian fans goes back decades, from their now legendary first ever performance at Rock In Rio in 1985 to their first proper tour in 1992 with ‘Fear Of The Dark’ that also marked their first stadium show in Sao Paulo. 2001’s Brave New World Show, again at Rock in Rio which marked the return of Bruce Dickinson & Adrian Smith to the band was recorded live and released as ‘Rock In Rio’ the following year.

Tickets for the shows will be available to the general public from Wednesday May 29th from livepass.com.br.

An exclusive presale for Iron Maiden Fan Club members will take place on Friday May 24th - details can be found here.

You can read the full press release from Move Concerts here.